I’m backkkkk! Back to reality after an adventurous two weeks of travel throughout South America where I travelled to three new countries: Argentina, Peru and Bolivia. It’s always a struggle getting back into routine after coming back from vacation, I already feel the need to go on another one.

It’s been a little while since my last post so I have a fair bit to catch up on here. Last month I spent my layovers in Myanmar, Philadelphia, Kenya, Malaysia, Bangkok and Poland. I also operated two turnarounds to Bodrum and Istanbul in Turkey which I wish were layovers! 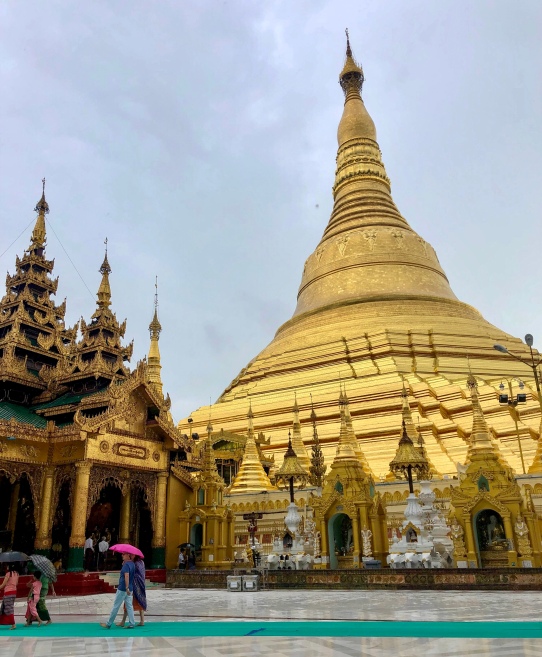 I started August in a new country; it was a short but sweet layover. I spent my one day in Yangon visiting the Shwedagon Pagoda which is more famously known as the “golden” pagoda. Despite the crappy weather, I had a really nice day at the temple. I hired a guide to take me around and help me make sense of it all. He explained that the temple is divided into different corners for each day of the week. In order to receive the most blessings, you should visit the corner which is marked the day you were born. I was told I would receive even more blessings than usual because I visited the temple on a Saturday and I coincidentally was born on a Saturday.

Another highlight of my month was visiting the helicopter rooftop bar in KL for a second time. I love this place, it has such a good vibe and great view of the city. I was extremely sad to miss the beautiful KL sunset last time I visited the bar so this time I ensured I arrived early enough to catch the sunset. I was not disappointed!

It was a hectic flight but what an amazing short layover in Poland! Unfortunately we had a 3 hour delay on ground which cut into my already short layover. Basically, I only had the evening to explore Warsaw but an evening was more than enough time to fall in love with this city! I spent the evening walking around the old town which is made up of cobblestone streets and beautiful pastel coloured buildings. I finished my layover with a yummy plate of pierogi, the traditional Polish dumplings – a must when in Poland! I hope to be back soon (a longer layover would be nice though) 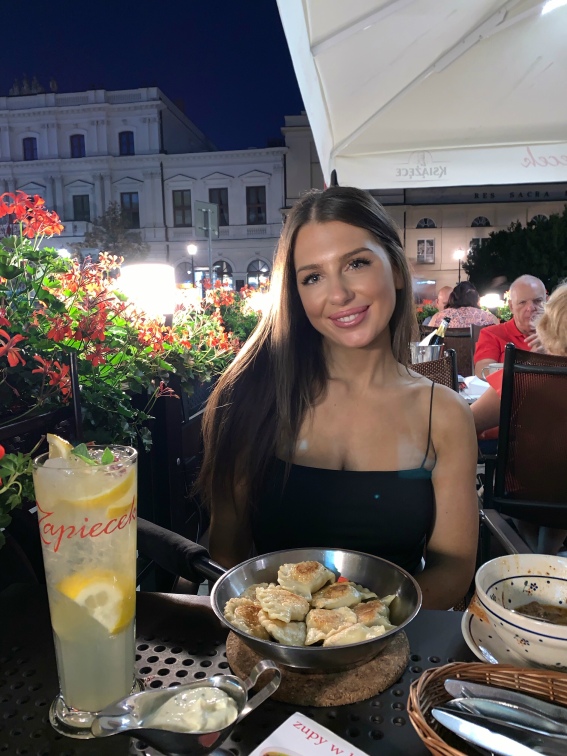 I began my holiday with a one day stopover in Buenos Aires, Argentina. I fell in love with this city; its bright colours, the old Spanish architecture and the yummy steak, empanadas and Malbec wine. I definitely need to come back and spend some more time here as one day was not enough.

I spent the morning visiting the art district and former immigrant area, La Boca. This area is filled with tourists admiring its colourful buildings and lots of restaurants and bars trying to lure in the tourists with their tango dancers on display and happy hour prices. 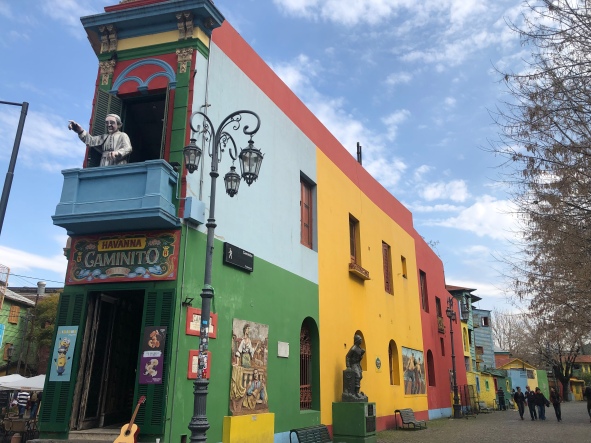 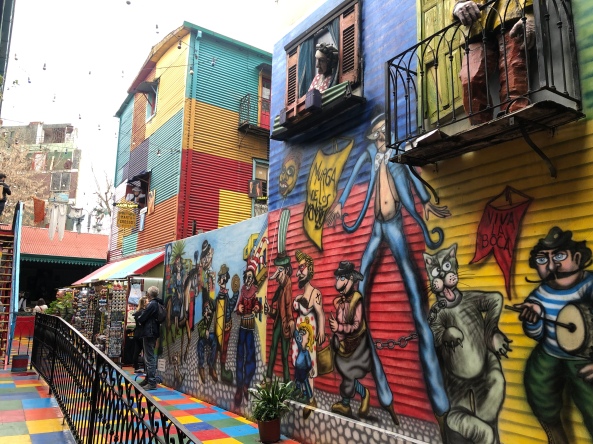 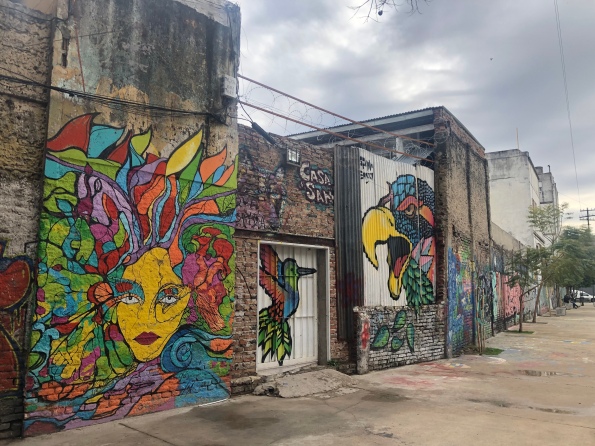 I stayed in the area San Telmo which was easily my favourite place in the city. The streets felt very Parisian and the food in this area was really good. 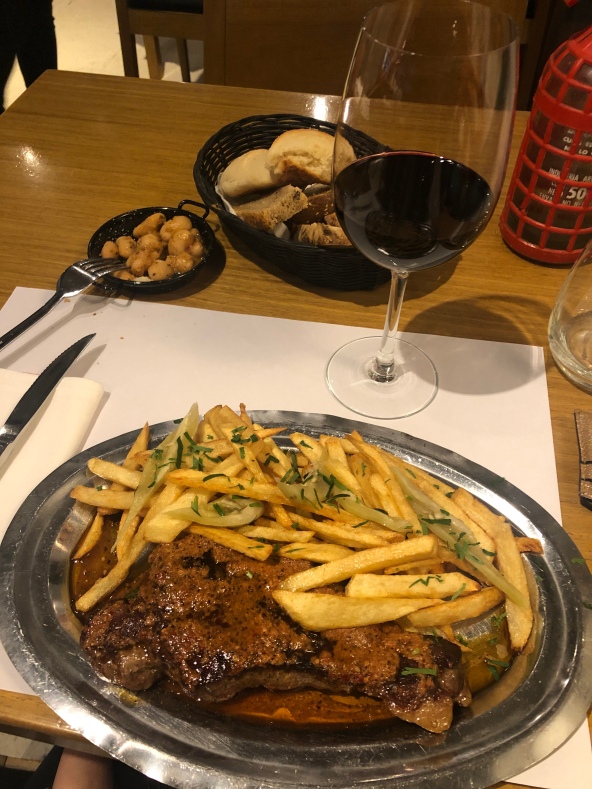 After my day in Argentina, I flew to Lima, Peru to meet my bestie Emma (all the way from MELBS). We spent one day exploring Lima which doesn’t have so much to offer except for exceptional seafood… in particular CEVICHE!!! I seriously fell in love with Peruvian cuisine… it’s the bomb!!! ❤

CEVICHE …. which I could eat all day, every day!! 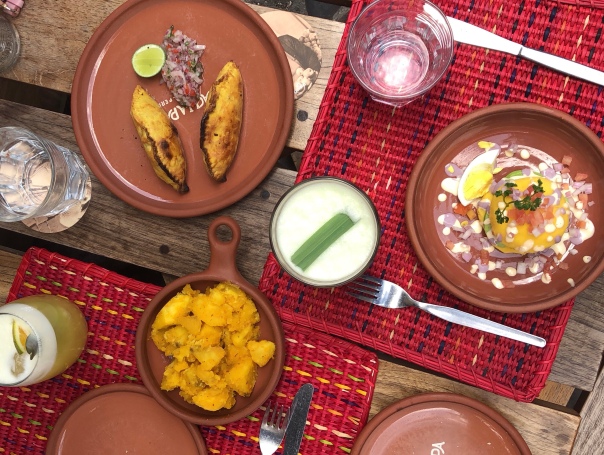 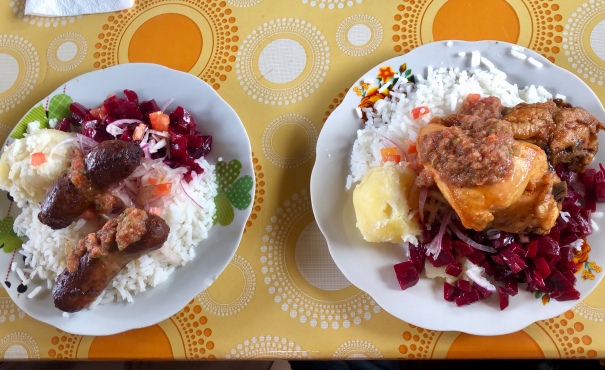 The next day we made our way to Cusco to begin our high altitude adventures including the main attraction Machu Picchu and Rainbow Mountain. Machu Picchu was always number one on my bucket list… I can’t believe I finally made it here!!!! It was an amazing day

Cusco was so pretty and easily my favourite place I visited this whole trip. Thankfully I wasn’t really affected by the altitude, I’m not sure if being cabin crew has something to do with it or I was just lucky. In comparison, Emma’s body did not deal so well with the altitude and she was in struggle town throughout our entire stay in Cusco and Bolivia.

Our hotel in Cusco 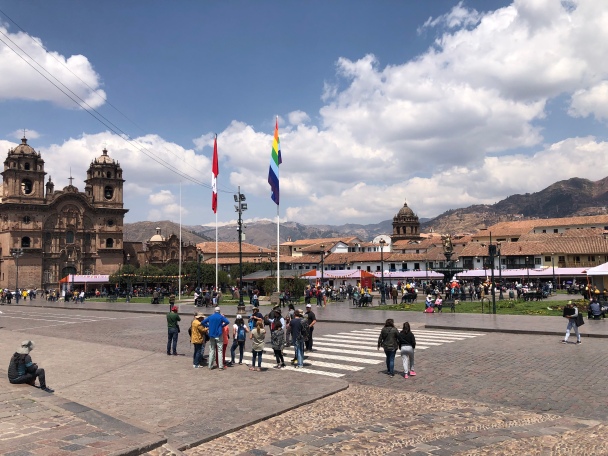 My favorite day involved the hike to Rainbow Mountain. As much as I loved Machu Picchu and I thought that would be the highlight, it did feel a little too inorganic and over-populated with tourists. As for Rainbow Mountain, while it was a challenging hike due to the high altitude, it felt a lot more authentic and it felt so rewarding to finally make it to the top. 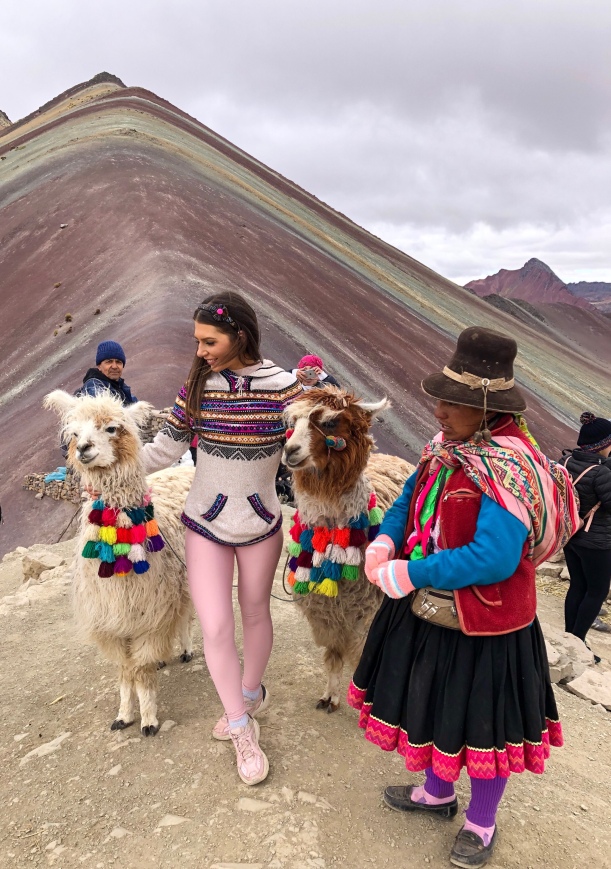 After our stay in Cusco, we caught a flight to La Paz, Bolivia en route to Uyuni where we planned to visit the Salt Flats. When we got to Uyuni, we discovered that there was a protest in the town and all the tours had been cancelled. This was very disappointing as we had a two day tour booked and we travelled all the way to Bolivia particularly for this tour. We were hopeful to do a one day tour the next day as we were told that the protest would finish by then. However, we were not in luck as the locals decided to extend the protest for god knows how long.

We made a decision to get the hell out of there as they started talking about blocking the airport like they had blocked the roads. It was a bit scary because at one point we thought we were going to get stuck in Uyuni. Thankfully, everything worked out for us and we were able to book an earlier flight back to La Paz (even though we had to walk 4km to the airport carrying our luggage as the locals had blocked all cars from accessing the roads as part of the protests… ahhh such great memories)

We flew back to La Paz and spent a couple nights there which we hadn’t anticipated. During this time I really fell in love with La Paz, it’s a bit of hidden gem in my opinion. The most impressive thing about the city is by far the amazing cable cars that run as public transport. The views from above are just amazing! And it costs only 3 BOL per ride.

The locals dancing at the market 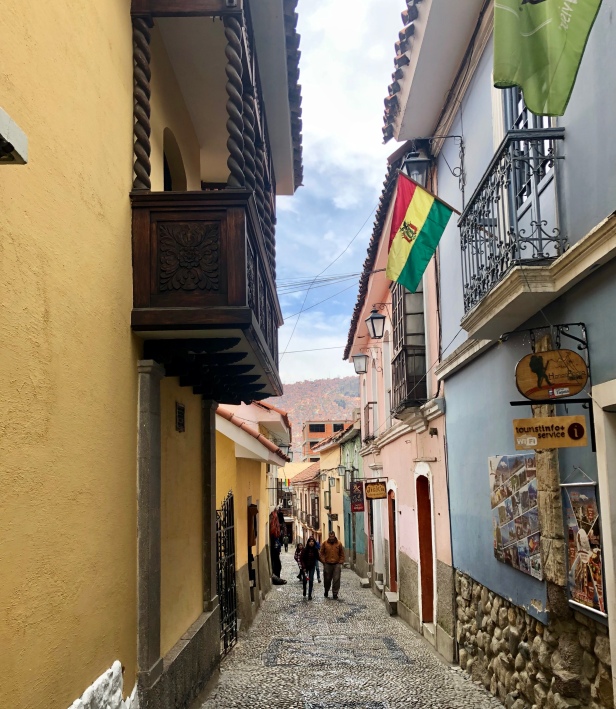 It’s a real shame about the salt flat tours, if we had known earlier we probably would have stayed in Cusco as there is so much more to explore from there! I wouldn’t mind visiting Peru again, I really loved this country and there is just so much you can do! Plus, I’m already missing the ceviche and pisco sours! I found the people so kind and the country really safe. I can’t wait to go back to South America again and explore other countries. The only issue is that it’s so far away! I’ll probably take a little break before I take another vacation to that part of the world, it’s much more tempting to fly only 5-7hrs to Europe or Asia.

Finally, as some of you may be aware I have officially resigned from Qatar Airways so I have one more month of flying here before saying goodbye to Doha and QR. I’m not going to post too much about why I’m leaving and what I’m going to do next as I plan to share this soon in a future post. All I will say is that the travel adventures are NOT yet over! My passion for flying is as strong as ever and I’m not ready to hang up my wings just yet 😉

As for my final month of flying, I have the following layovers;

I will also have a few more flights in October which I’ll know of once roster is out.

Until next time, have a great month everyone 🙂 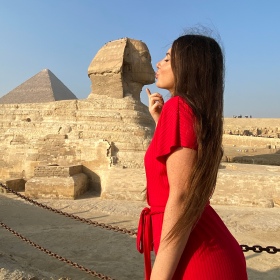 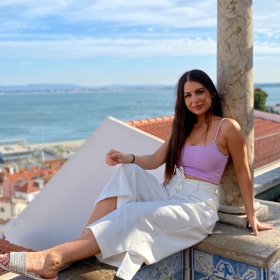 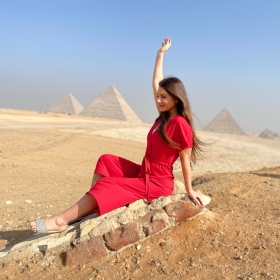